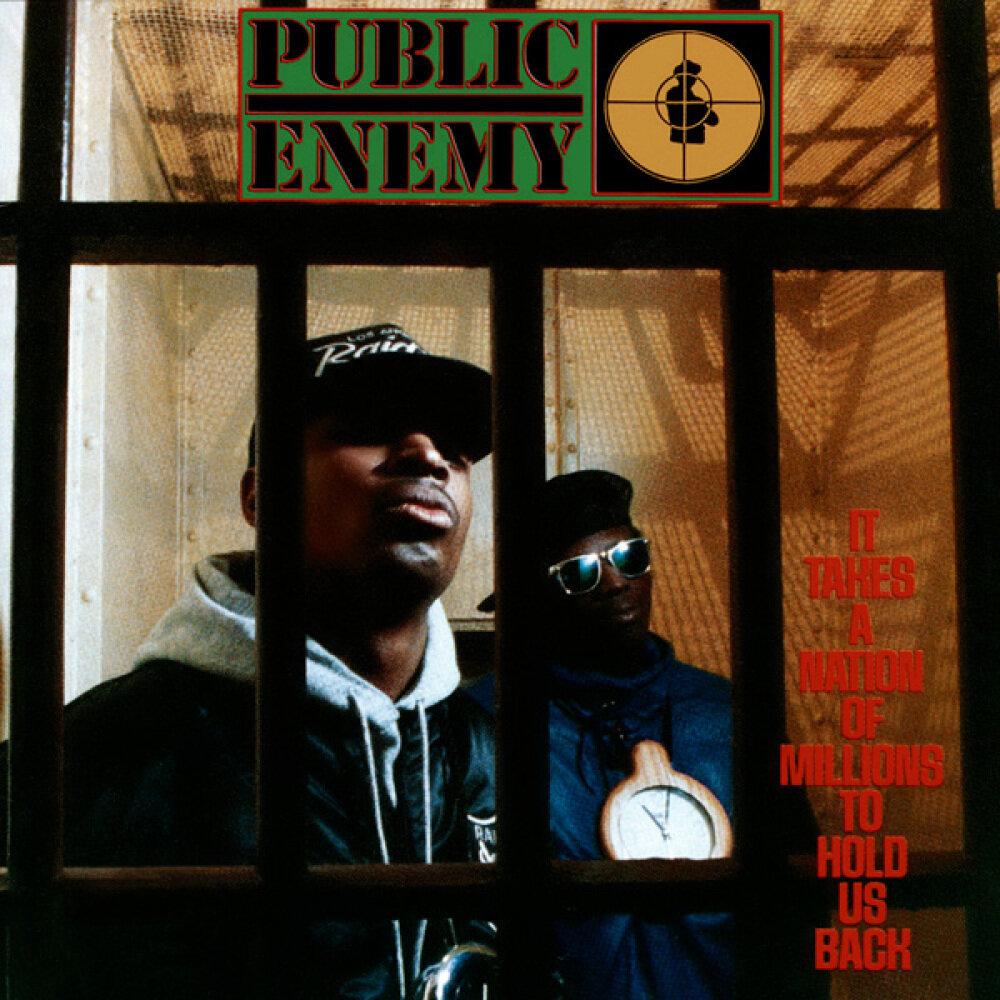 Today I read a well written blog post over at NPR Music called 'You've never heard Public Enemy's 'It Takes a Nation of Millions To Hold Us Back' in which one of their young interns, Austin Cooper, listens to Public Enemy's classic album for the first time, and hated it. Here's why.

Austin was born four years after the album was released and hadn't really had much exposure to late 80's Hip Hop. His 'Hip Hop' sweet spot lands on Drake's 'Over' and a bunch of other acts that I've never really paid much attention to. I was born in '72 and have had the privilege of growing up alongside Hip Hop – the early years, Electro, the 'golden age', Afrocentricity, DAISY age, Gangsta, East Coast, West Coast, British Hip Hop, 'Pop' Rap (step up Jeff & Prince), The Tupac/Biggie wars etc etc. My Hip Hop journey has already been documented.

On reading Austin's review of the album I was initially angered. How could anyone fail to hear the brilliance that is 'Nations…'? It's a full on aural assault designed to overload your senses with it's noise. The Bomb Squad's production is tight, the choice of samples attempts to paint an inner city soundscape in your mind, the lyrical content and delivery is second to none. How can anyone fail to see this – even 26 years later?

Then I decided to take a listen to Austin's reference point – 'Over' by Drake. I fired up the ubiquitous Spotify and hit the play button. After 3m 45s of what I can only describe as bland pop music I can see where Austin is coming from. From the predictable synth strings, the expected 808 booms, the (dreadful) attempt at singing a melody (thank fuck for Auotune) through to the mono-toned contentless rap – Nah, not for me. If this is the state of Hip Hop today then Nas is right – Hip Hop IS dead.

I can also see where Austin is coming from. Production techniques have changed immensely in the last 26 years. Computer technology has enabled producers to step out of the walls of 19″ rack-mounted kit and do exactly the same on their laptops, and a whole lot more. That and the legal side of sampling that caught up with Hip Hop in the early 90's making it far too prohibitive to lift a funky riff drove producers to rely more and more on the tech for the beats. The rise and rise of over-processed music (see Loudness Wars) now makes something like Public Enemy's album sound flat to the younger generation.

However, if I took the same approach as Austin and listened to a 'groundbreaking' album from back when I was born then perhaps I can appreciate his comments about 'Nations…' better. So I did.

Many times have I heard that Pink Floyd's 'Dark Side of the Moon' was something out of the ordinary with many claiming it as the best album of a generation. There's no denying the album was popular having spent 741 weeks in the charts and selling over 50 million copies. A good album for me see what all the fuss was about.

I listened to the album, twice, and wow. Didn't grab me at all. Musically it was OK, some interesting compositions and use of the odd sample and synthesizers, and lyrically I found it a little bit boring. But I guess that's what made it so amazing in the first place?

And that's where I get where Austin is coming from with his experiences. Over time the things that are considered out of the ordinary and different eventually become the norm, and then improved upon until the original is considered bland.

Who knows, perhaps in a generation or two kids will be listening to Kanye's “808s & Heartbreak” album and considering that cartoonish. If they do they'll probably be listening to white noise – or just plain deaf.